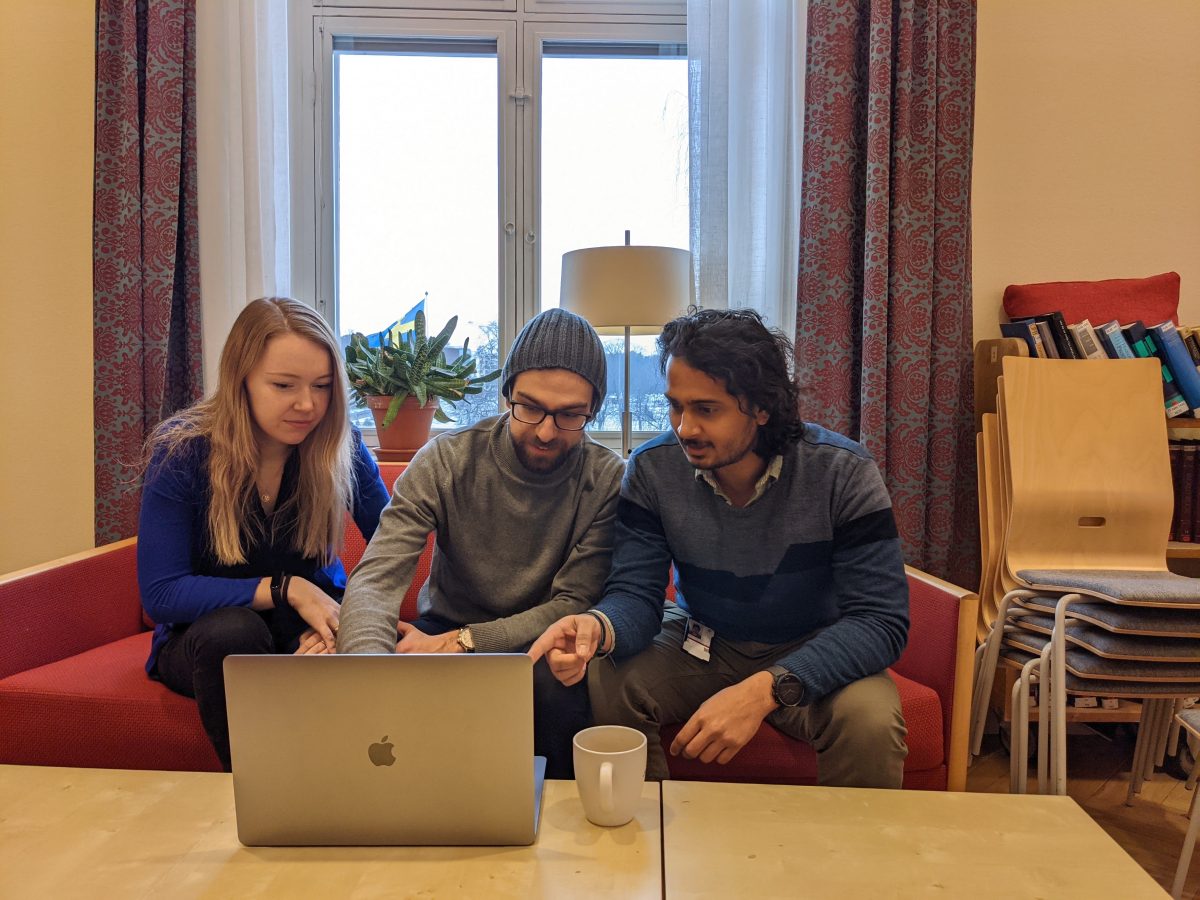 Maths and computing for social good during Autumn 2021

How can maths and computer science students make the world a better place? This isn’t an easy question to answer, not least because it is hard to ever to be sure that your actions lead to good. And it isn’t clear whether or not we are best placed to do good. But during the autumn 2021 eleven PhD students, as part of a course run by David Sumpter and Ida-Maria Sintorn, decided to give it a try.

The work took the form of four projects here in Uppsala and one project at our sister project at the Futures Institute in Stockholm. Here are the students who made it work and a quick look at their projects.

Project 1: Why Sweden should take care of its talent.

The government in Sweden recently changed the law, making it more difficult for foreign nationals completing their PhD in Sweden to stay and work. We wrote a series of articles looking at how the number of international doctoral students has increased in Sweden; how they contribute to Swedish research; and how difficult it is for them to stay in Sweden after graduation.

The goal of our project is to explain the idea behind machine learning to students in school grade 9. We use the concept of straight line functions and visualize how they fit to data. We take a practical medical example, where heart attacks are predicted from standard ECGs. Everything will be presented in a video with an accompanying interactive blog post. Coming soon!

In Sweden, access to gender-affirming care for trans people follows a model peculiar to the Nordic countries (and the UK). Any access to medical interventions such as surgery or hormone replacement treatment, or even to legal gender recognition requires going through a lengthy process of psychiatric evaluation. Since Sweden stopped forcibly sterilising people as a part of this process in 2013 the number of referrals sent to gender identity investigation teams has increased and with them the waiting times for their patients. A lot.

Amanda, scratching her own itch, is working on gathering and publishing statistics to shed light on the process of getting access to gender-affirming care for adults in Sweden, primarily to decrease the general kafkaesqueness of the experience. The primary target audience of her work is other trans people who would like to have a better understanding of what awaits them, but she can certainly live with having injected some hard data into the general debate on trans healthcare and trans rights in Sweden.

A misconception is a view or opinion that is incorrect because it is based on faulty thinking or understanding. As an example, one of the misconceptions that were taught in schools in many countries is that the human tongue has a taste map and it has been falsified recently and many people still believe in it. In this project, we aim to measure the extent to which levels of misconception vary between the different groups in society (age, social media activity, education).

Project 5: Social media giants should reveal the algorithms they use.

We have been working in collaboration with Pontus Strimling’s group at the Futures Institute, who have written a a series of blog posts. Also coming soon!

How can maths and computer science students make the world a better place? This isn’t an easy question to answer, not least because it is hard to ever to be sure that your actions lead to good. And it isn’t clear whether or not we are best placed to do good. But during the autumn…

How Sweden squanders its most important talent – Part 2: The Contribution of Foreign PhD Students: A Case Study